A number of governments, particularly in Latin America, have begun to recognise the rights of indigenous peoples and traditional communities to the lands on which they live. Recognition has often taken the form of constitutional provisions or laws that grant use rights in perpetuity or provide land titles. These provisions usually establish rights for multiple communities over a large territory, at a scale that may be ideal for promoting broader, ecosystem management approaches. At the same time, however, indigenous communities often do not have existing territorial governance structures at these scales. Nicaraguas North Atlantic Autonomous Region provides a rich setting in which to study issues of multilevel natural resource governance. In addition to the devolution policies that have created official indigenous territories, the central government has decentralised important powers over natural resources to the regional autonomous authority, while municipal authorities still exist but it is unclear what their role will be in the future. At the same time, however, the community scale is the one at which local people have traditionally managed resources. This paper examines these issues in light of efforts to establish democratic governance institutions at the territory level and argues that communities continue to lose out under multilevel governance regimes without concerted efforts to level the playing field. The findings are based on several years of research in the region, emerging research on newly titled territories and a six month training and dialogue with territory leaders, organised by a consortium of international and local NGOs. 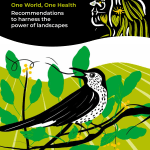 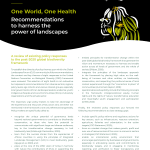 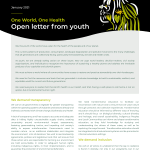