Watch the closing keynote speech by Sir David King on the second day of the Global Landscapes Forum 2014, in Lima, Peru, during COP20.

DK:                     [0:02] To set the scene for what I’m sure is going to be a very important panel discussion, or several panel discussions, what I plan to say is something about the initiatives to scale up finance for the sustainable landscapes. And also look at how we could best leverage important opportunities in 2015, this year, to drive transformative change in forests and the land use sector.

[0:33] Let me just make a comment as a scientist about the evolution of our planet and the fact that we co-evolved with the entire planetary system. And that co-evolutionary process means that the planet provided us with precisely the resources we need for our continued survival. Those resources were managed in a state that was more or less in a steady state. And in that steady state system, we had animals, plant matter, and the rest of our ecosystems in virtual equilibrium. Now, the danger that we exist in today is through our enormous economic development. The fact is that between 2000 and 2020, we have no doubled the number of middle class consumers from one billion to two billion. And that is set to rise to 4.5 billion as we move forward to 2030.

[1:46] And I say that because the pressure that human civilization is now putting onto those planetary resources are actually putting our survival as a civilization at risk. And the forests and land use is right at the center of that process. So I’m here to really re-emphasize the importance that we now need to give, and that we haven’t been giving during the last few hundred years, to managing our ecosystems for our own survival. Now, I’m going to say it once. The United Kingdom has been long a supporter of the REDD+ system, both through the international negotiations where we’ve worked closely with forest nations, and with others, to develop the supportive architecture for scaling up ambition on REDD+. Which culminated in the Warsaw Framework, which is just one a year ago.

[2:53] But also, we have done this through our own setting up of an International Climate Fund. This is a British based fund, but we put the word international in front of it because it’s for spending elsewhere than in Britain. So it’s an International Climate Fund, which is worth £3.89 billion, and from which we have already spend about £500 million on forest related investments, with considerably more in the pipeline. We’re actually designating something like 20 per cent of the £3.89 billion towards avoided deforestation actions. Now, we are learning as move forward also about the economic contribution of sustainably managed forests and landscapes. If you’re one of those who likes to put a money price on this, then I advise you to look at the New Climate Economy Report. I’m very pleased to see President Calderón here, who will be on the panel following my speech.

[5:01] So we see the potential for proper action emerging from that critically important report. We need to be much better at communicating the broader benefits of action. And we need to ensure that REDD+ strategies are being integrated into national development strategies. Unfortunately, current markets do not reflect anything close to the true value of our forests. And due to this market failure, deforestation is continuing at an alarming rate. During the last decade, forested areas as large as Western Europe were lost. Now, let me say a few words about the New York Forest Declaration. The United Kingdom worked with Norway and Germany as partners to set up this declaration for that very important meeting set up by the United Nations Secretary General on 23rd of September.

[6:10] And this declaration is a voluntary action agenda. It’s non-legally binding. It’s a political declaration. But the declaration is very clear and simple. The signatories to the declaration are saying, we will cut natural forest devastation or loss in half by 2020. And we will strive to end all of it by 2030. We will also restore forests and croplands of an area larger than India by that time. That’s the nutshell of the declaration. But there are multiple advantages from going down this route. Meeting these goals in terms of the Lima meeting, the UNFCCC process, would cut between 4.5 and 8.8 billion tons of carbon dioxide per annum from emissions. That’s as much as the world’s second biggest national emitter, the United States. So we’re looking at a very substantial potential gain towards the whole program of the Framework Convention on Climate Change.

[7:36] 33 governments endorsed the New York Forest Declaration. And 50 of the world’s largest companies also endorsed it. The indigenous peoples organizations endorsed it, and many other civil society organizations. I think the critical factor here is we’ve got all of the key bodies backing what is a very clear declaration. And now we need to see that there is the political and business appetite to deliver it. When I say business appetite, we’re looking at the private sector creating zero deforestation supply line chains. Supply lines for soya, for palm oil, for beef and for timber. And as I’ve said, the commitment  from the United Kingdom is up to 20 per cent of our £3.89 billion towards this process.

[8:39] It’s worth noting that 50 per cent, half, of the deforestation currently occurring per annum is occurring in just three countries – Indonesia, Brazil, and the DRC, the Democratic Republic of the Congo. So we need also to focus attention on where delivery can be most fruitful. I just want to stress that the New York Declaration is based on voluntary action. And the voluntary action agenda does include dozens of concrete actions and partnerships. It’s basically countries working with other countries, one-on-one, bilateral partnerships, creating the objectives that we’re trying to deliver. This is based on what I believe is a new political will building for forest conservation and restoration.

[9:45] We need of course new procurement policies for the largest forestry commodity importer countries. It’s the importer countries that we need to be looking at as creating the demand that needs to be dealt with. Now, before I move on, I just want to mention the recent announcement of the discovery of the body of Tendetza, the Ecuadorian indigenous leader missing for two weeks, and his body has just been reported found. Tendetza was Vice President of the Shuar Federation of Zamora. And I just say this because I think once again what we see is that there is opposition to what we’re now talking about. And we need to recognize this and have it out there for discussion.

[11:51] The commitment is to restore something like 150 million hectares of degraded landscapes by 2020, and an additional 200 million by 2030. And all of this needs to be fit in as part of the post-2020 Global Climate Agreement. The signatory countries include major countries such as USA, Germany, UK, France, Japan. It also includes the forested countries – it include Chile, Colombia, Costa Rica, DRC, Ethiopia, et cetera, Indonesia. We’ve got a participation of major players around the world, which gives us some hope that we will deliver on the commitments made. A number of impressive actions worth referring to and congratulating governments for. Brazil, compared with their 1996 to 2005 average of deforestation, has been a 71 per cent decrease by 2013. On this basis, no other country has made a greater contribution to reducing carbon dioxide emissions. Indonesia, comprehensive reforms to land use policies, regulations and law enforcement. And they will reduce emissions by 26 per cent through these actions by 2020, or 41 per cent with international support, which we are hoping to provide.

[13:36] Mexico has a law on climate change, which includes the issues we’re now talking about. We need strong commitments from forested nations for action to take place, and that is really the final point I want to make. The commitment of countries to providing finance to assist this process is one side of the equation. And the other side of the equation is the actions of the countries, and their leaders, that are themselves forested. Thank you. 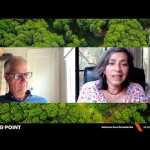 The Amazon Forest Dieback: The Science, Impacts and Solutions 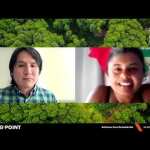 Voices of the Landscapes: New paradigms for Human-Nature Relations 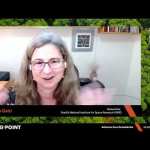 The Tipping Point – What Does This Mean for Life on the Planet? 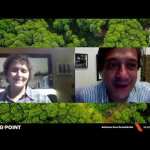 Agroecology, Archeology and Anthropology: Integrating Past and Present to Enable Sustainable Land Uses in the Amazon of the Future 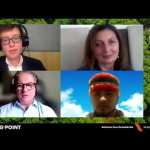 The Geopolitics of Zero Deforestation: Connecting the Demand and Supply Sides of the Story 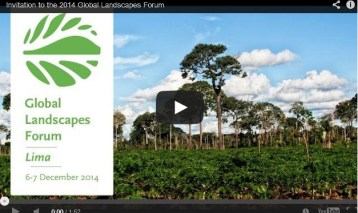 Invitation video to the 2014 Global Landscapes Forum, 6-7 December in Lima 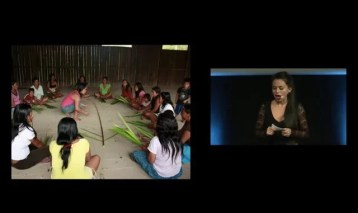 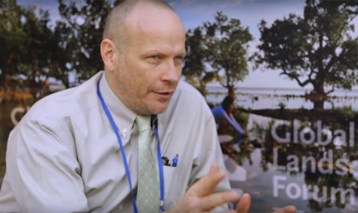 Matt Hansen at GLF: Technology and the climate change agenda 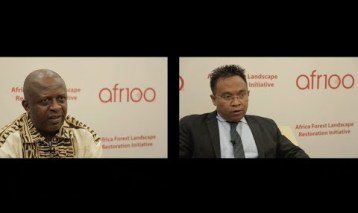 Jurisdictional approaches to REDD+ and experiences with multi-level governance