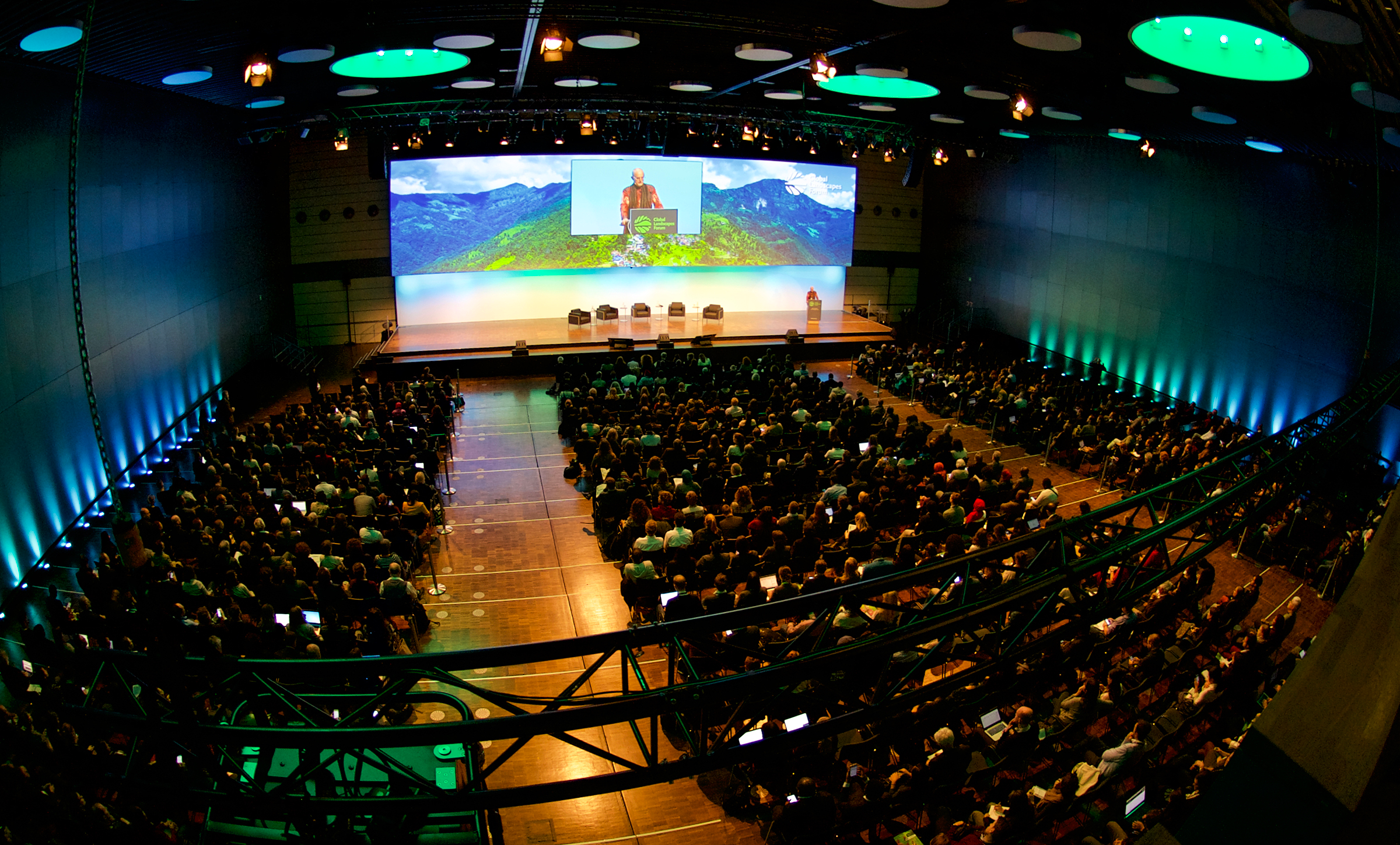 Bonn, Germany (20 December) —A major event focused on sustainable land use headlined by world leaders including the President of the Republic of Mauritius H.E. Ameenah Gurib Fakim, former President of Mexico Felipe Calderón and the German Minister for the Environment, Nature Conservation, Building and Nuclear Safety (BMUB) Barbara Hendricks emphasized the need to break down silos between sectors to protect and restore the world’s landscapes and the communities that depend on them.

“The challenges facing the international community are huge: climate change and the loss of natural resources and biodiversity,” said Hendricks of BMUB, one of the two major funding partners of the Global Landscapes Forum (GLF) alongside the German Ministry for Economic Cooperation and Development (BMZ). “If we want to master these challenges, we have to make the land use sector a focus of our efforts.”

More than 1,000 participants joined in person and 51,000 tuned into the two-day event via live stream. In addition to the GLF coordinating partners the Center for International Forestry Research (CIFOR), UN Environment and the World Bank, some 80 organizations participated including the World Resources Institute (WRI), the Food and Agriculture Organization of the United Nations (FAO), the International Union for Conservation of Nature (IUCN), Rabobank and TerrAfrica.

Robert Nasi, the Director General of CIFOR, highlighted the GLF’s major transition to become a year-round platform. “The movement for sustainable landscapes is expanding beyond our annual event, with regular activities to connect people as well as online events. We are very proud of what the GLF has achieved so far and we will continue to build on its role as a catalyzer for public-private partnerships, youth engagement, knowledge sharing and action on the ground.”

CIFOR is the secretariat and lead implementing organization of the Global Landscapes Forum.

Launch of the next phase of the GLF
Representatives of the German government (BMZ, BMUB) joined leaders from UN Environment, the World Bank and CIFOR to officially announce the launch of a five-year partnership with the GLF during a televised press conference.

The GLF movement
The GLF is the largest science-based platform on sustainable land use bringing together world leaders, climate negotiators, policy makers, development practitioners, private sector representatives, scientists, civil society and the media. Since its inception in 2013, over 25,000 stakeholders from 3,000 organizations and 110 countries have engaged with the GLF. More than just an event, it is a movement aiming to impact one billion people in the next five years.

In his GLF presentation, Scott Goodson of the New York-based movement-building marketing firm StrawberryFrog revealed the importance of modernizing the lingo of environmentalists to connect to the general public, and finding a simple coherent message that calls people to action.

Meanwhile, US actor Alec Baldwin and French economist Jacques Attali delivered video addresses to the GLF, proclaiming their support for the platform.

“This is a movement worth building,” Baldwin said of the GLF. “It is clearly a movement of the people and I’m proud to join in because we desperately need the kind of leadership and vision that GLF is providing.”

Sadhguru’s #RallyforRivers
In a conversation with UN Environment Executive Director Erik Solheim and as part of an “Ask Me Anything” session on Twitter, the yogi Sadhguru spoke about his India-wide campaign to revive his country’s “dying rivers” and how it could serve as a model for other environmental movements worldwide.

Rally for Rivers (#RallyforRivers) was launched in India last September. Since then, the initiative has mobilized 160 million people, making it one of the world’s biggest and most successful environmental movements.

Indigenous peoples confirm involvement in GLF to 2022
The Indigenous Peoples Major Group for Sustainable Development (IPMG) together with the Center for International Forestry Research (CIFOR) signed a Memorandum of Understanding (MoU) at the event to confirm the group’s ongoing participation in the CIFOR-led multi-stakeholder platform on sustainable land use from 2018-2022.

“We highly appreciate this collaboration with CIFOR,” said Joan Carling, Co-convener of the IPMG, at the signing. “We look forward to further engagement, because we are also knowledge holders who can enrich the GLF. Collaboration is needed in order for us to advance in the interests that we share for sustainable landscapes.”

New scientific research
A new study released by the World Resources Institute found that forest and land degradation is estimated to cost the world more than US$6.3 trillion a year—equivalent to 8.3 percent of global GDP in 2016. In contrast, the study found that restoring degraded forests generates an estimated $7–30 in economic benefits for every dollar invested. Despite this favorable benefit-cost ratio, funding for landscape restoration falls short by about $300 billion a year.

The IUCN released its new Barometer Spotlight Report 2017 tracking progress on an ambitious global effort to bring 150 million hectares of degraded and deforested land into restoration by 2020 and 350 million hectares by 2030. The report provides a snapshot of progress on the Bonn Challenge, with an emphasis on efforts underway in Brazil, El Salvador, Mexico, Rwanda and the United States.

About the Global Landscapes ForumThe Global Landscapes Forum (GLF) is the world’s largest science-led multi-sector platform for integrated land use, bringing together world leaders, development practitioners, climate change negotiators, scientists, private sector representatives, civil society and the media to accelerate action towards the creation of more resilient, equitable, profitable, productive and climate-friendly landscapes. The Center for International Forestry Research (CIFOR), UN Environment, and The World Bank launched the Forum in Warsaw in 2013, alongside the UNFCCC Conference of Parties (COP). With core funding provided by the German Government, the GLF is now entering its next five-year phase that will put communities and local realities at the center of the conversation.

Talking about a revolution: What ‘clean’ gold mining would mean for the Amazon

How are spacecraft changing the future of Earth’s landscapes?

5 ways to incorporate biophilic design into your living spaces