A room full of dragons

Imagine walking onto a stage in a room full of 200+ people, in front of a panel of renowned experts, and pitching a solution that you and a group of 10 peers from around the world developed in four short days. And you speak English as a second or third language.

For four days, 50 young innovators worked on solutions to landscape challenges defined by five organizations as part of the Youth in Landscapes Initiative. On Sunday, they took the stage at the Global Landscapes Forum, the largest parallel event to the COP21 climate talks, and pitched their solutions to a panel of experts in a “Dragons Den” session. Without fail, they left the audience in high energy and spirit at the end of an intense weekend conference.

My heart was racing throughout the entire event. After each pitch, you could almost feel the teams holding their breaths as they waited for the dragons to respond.

I had a particularly vested interest, among the audience members around me, in the success of each pitch, as I had attempted to guide the teams earlier in the week on best practices of pitching. The pitchers were nervous, their teams were standing by their sides in support, and the dragons were spot on with many of their comments. But I was pretty sure that I wasn’t the only one in the audience who shared a bit of the nervousness of the other pitchers.

Mia Signs, Master of Ceremonies, opened the session with an invitation to the audience: “we have a room full of dragons”. Everyone in the room now had a role to play. The audience received cards on which they could write feedback for each group and were invited at the end of the session to discuss their comments.

In case you missed it, here’s a window into the event.

He left the pitchers with some parting words of advice before they began:

I realized that when you pitch to someone, you have to understand the culture and understand how your proposal has to fit in with what they can really implement.” 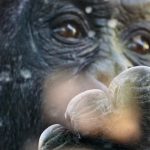 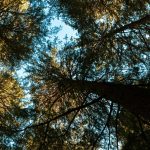 Pakistan is on its way to planting 10 billion trees. Here’s how 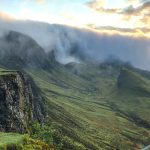 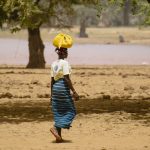 “Africa is blessed with drylands.” 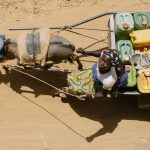