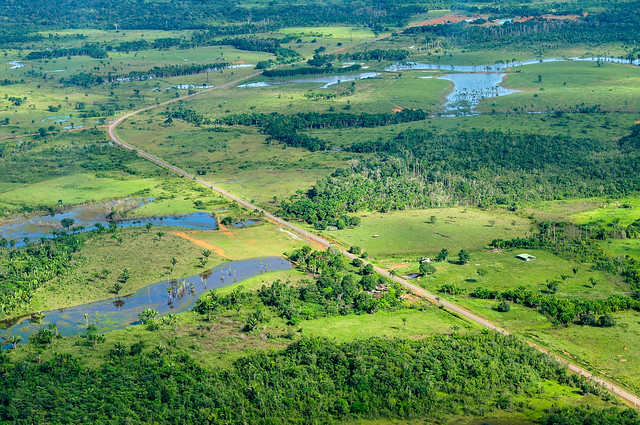 The Brazilian government responded this week to a report from its space research agency which shows that deforestation has risen 67 percent in 2019 by saying it is misleading.

The National Institute for Space Research (INPE) said 4,699 square kilometers of forests were destroyed this year compared to 2,810 square kilometers in the previous period monitored, Reuters reported, citing data on the agency’s website.

Global Forest Watch, an organization managed by World Resources Institute, reported in April that Brazil lost 1.3 million hectares of primary tropical forest in 2018, the highest rate of any country in the world.

The Amazon, which produces an estimated 20 percent of the world’s oxygen, plays a critical role in sustaining human life, conserving environmental equilibrium and offsetting the potentially catastrophic effects of climate change.

Policies in Brazil introduced since President Jair Bolsonaro took office in January are widely recognized to have placed the future of Amazonian rainforests, the autonomy of Indigenous peoples and control over their ancestral lands under threat.

Bolsonaro criticized the data from INPE, sacking its chief Ricardo Galvao over what he referred to as “lies” that hurt the country’s image and trade talks, Reuters said. However, the accuracy of the data has been defended by INPE, scientists and environmentalists. Galvao told Reuters that he continued to defend the figures as showing an “undeniable” spike in deforestation, the news agency reported.

A retired Air Force colonel, Darcton Policarpo Damiao, was announced as agency head. Damiao has a doctorate in sustainable development and his thesis was on deforestation in the Amazon, Reuters said.

Last week, U.N. human rights chief Michele Bachelet called for an investigation into the murder of an Indigenous leader in Brazil.

Emrya Wajãpi was killed on July 23 in Amapá, a region in northern Brazil by gold miners who entered a protected reserve and stabbed him to death, according to reports.

Bachelet urged leaders “to react quickly and decisively” to protect the rights of Indigenous peoples.

“The murder of Emrya Wajãpi, leader of the indigenous Wajãpi people, is tragic and reprehensible in its own right,” Bachelet said. “It is also a disturbing symptom of the growing problem of encroachment on Indigenous land – especially forests – by miners, loggers and farmers in Brazil.”

The proposed policy of the Brazilian government to open the Amazon to mining could lead to “incidents of violence, intimidation and killings,” she said, adding that the protection of Indigenous peoples and their ancestral lands is a worldwide concern.

Acts of violence and the murder of Indigenous people could result in exodus from their traditional lands, further destruction of the rainforest and exacerbation of climate change, Bachelet said.

In a report released last month, rights watchdog Global Witness reported 20 environmental defenders were murdered in Brazil last year, earning the country fourth place in its ranking of total number of killings after the Philippines, Colombia and India.

Spotlight on criminalization of land and environmental defenders