Western science catching up with Indigenous knowledge of ‘fire’ birds 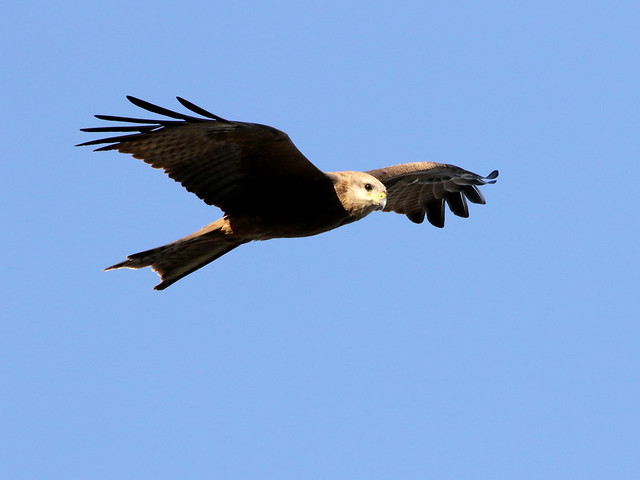 Human understanding of animals has steadily increased over the last 50 years. We know now that animals use tools; for example, chimps use twigs to fish for termites, octopi carry coconut shell halves to later use as shelters.

Now, a team of researchers led by Mark Bonta and Robert Gosford in northern Australia has documented kites and falcons, colloquially termed “firehawks,” intentionally carrying burning sticks to spread fire, according to an article by George Nicholas in Yes! online magazine.

Although it has long been known that birds find feeding opportunities when natural fires cause insects, rodents and reptiles to flee, scientists were surprised to see that birds would act to spread fire to unburned locales to drive out prey. And although this information was new to Western science, the behaviors of these birds have long been known to a number of indigenous peoples of northern Australia whose ancestors have occupied their lands for tens of thousands of years.

Read the full article on Yes! by clicking here.

A landmark ruling for Indigenous rights in Ecuadorian Amazon