Wild foods from farm and forest in the east Usambara mountains, Tanzania

This study explored the role of wild foods in the diets of children and mothers in the East Usambara Mountains (N = 274 dyads). We identified 92 wild food species. Although dietary diversity (most measures) was not different between seasons, wild foods accounted for a greater percentage of items consumed in the wet (food insecure) season. Many wild foods were obtained on farm; wild foods obtained from the forest accounted for less than 3% of food items consumed. Wild foods were used by virtually all informants but contributed only 2% of total energy in the diet. However, they contributed large percentages of vitamin A (RAE) (31%), vitamin C (20%), and iron (19.19%). Agricultural factors (e.g., hours spent in farm) were associated with greater wild food use. These findings suggest participation in agriculture may be important for the maintenance of wild food use, and that wild foods can play an important role in the nutritional resilience of local people.

Do PES improve the governance of forest restoration? 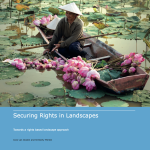 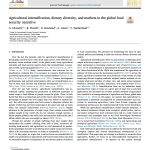