NEW YORK (Sept. 11) – Autumn Peltier is on a mission she began almost half a lifetime ago when she was a child.

Now, at age 14, she is already a veteran activist and an established Indigenous leader in Canada, raising awareness about the human right to clean, fresh water.

As chief water commissioner for Anishnabek Nation, she will be at the Global Landscapes Forum in New York on Sept. 28, to speak about the impact of the water crisis on Indigenous communities in Canada, where boil-water advisories and restrictions on using freshwater are the norm.

Currently, 46 short term and 56 long-term drinking water advisories are in place across Canada due to environmental contamination and substandard treatment facilities, putting human health at risk. Almost three quarters of First Nations’ water systems are at high or medium risk of contamination, according to a 2017 report from the David Suzuki Foundation and the Council of Canadians.

The Canadian government has promised that by 2021 the problem will be fixed through the repair, upgrade or building of new infrastructure to ensure clean water.

Peltier, who is from Manitoulin Island in the province of Ontario, says it makes her angry that although Canada is a wealthy country, many Indigenous people live in unsafe conditions and face dire environmental circumstances.

“All nations must join together and protect the resources that sustain life for future generations,” Peltier said. “Young people need to use their voices – it’s their future at stake – and engage leaders to help make the world a better place for everyone.”

The human right to safe drinking water and sanitation was recognized by the United Nations as part of binding international law in 2010.

Through her role as water commissioner, Peltier represents 40 First Nations communities across Canada.

She is closely following in the footsteps of her Great Aunt Josephine Mandamin, who was water commissioner until she died earlier this year at age 77. Mandamin is legendary for having started the Mother Earth Water Walk awareness campaigns. In her lifetime, she walked 17,000 kilometers around the Great Lakes.

At GLF, Peltier will share an Indigenous perspective on how humanity is integrally connected to the land, water, animals and vegetation. She will explain that water is sacred and urge a delegation of 700 climate, Indigenous and youth leaders, environmental activists and musicians from around the world to protect the environment.

She is the only Indigenous Canadian among 137 nominees for the 2019 Children’s Peace Prize, which will be announced on Sept. 30.

With a population of 1.4 million, Indigenous people make up 4.3 percent of Canada’s population of around 32.9 million people. In Canada, 617 First Nations represent more than 50 cultural groups living in about 1,000 communities throughout the country, according to the 2014 U.N. Report of the Special Rapporteur on the rights of Indigenous peoples, James Anaya.

Worldwide, Indigenous peoples manage an estimated 22 percent of the Earth’s surface, protect nearly 80 percent of biodiversity, and represent only 5 percent of the world’s population, the U.N. states.

The focus at GLF New York will be on developing vital restoration strategies in preparation for the launch of the U.N. Decade on Ecosystem Restoration (2021-2030).

Degradation of the Earth’s land surface through human activities has negative consequences for the well-being of at least 3.2 billion people, is pushing the planet towards a mass species extinction, and costing more than 10 per cent of the annual global gross product in loss of biodiversity and ecosystem services, according to a report from the Intergovernmental Science-Policy Platform on Biodiversity and Ecosystem Services (IPBES).

The decade will provide a framework upon which to hinge landscape conservation and restoration, a process critical for curbing global warming and meeting U.N. climate targets aimed at preventing post-industrial average temperatures from rising to 1.5 degrees Celsius or higher.

+++Members of the press must register before Sept. 23 to attend due to on-site security.+++

For further information, to attend or for interviews, please contact: 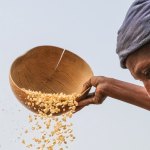 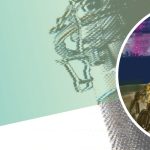 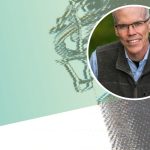 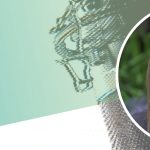 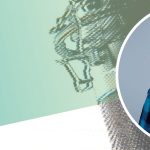