Development miracle or environmental disaster? A look behind the oil palm controversy

This blog by Joan Baxter was originally published at Forests News

To the agro-food industry and smallholder farmers in the tropics, it’s a veritable miracle plant. To many NGOs and indigenous groups, it’s a grave threat to land rights and to the environment. So which is it? How can a single plant — the oil palm — cause such a divergence of viewpoints?

These are the questions that Alain Rival and Patrice Levang tackle in their book, “Palms of controversies: Oil palm and development challenges,” newly translated into English and published online by the Center for International Forestry Research (CIFOR). “The problem,” the authors write, “is not the oil palm but the way people have chosen to exploit it.”

Rival, of CIRAD, a French agriculture and development research center, and Levang, of CIFOR and the French environmental research institute IRD, use data and field experience to provide a comprehensive and nuanced picture of oil palm — a picture that has been largely lacking in the divisive debates over one of the world’s most important agricultural commodities.

The plant cannot be seen as either a driver of development, as companies claim, nor as a harbinger of poverty, as many NGOs maintain, Levang says. “The picture is more complex; oil palm is neither one thing nor the other but both at the same time,” he said. “The verdict differs depending on the site chosen, period involved and individuals asked.”

Today, nearly 18 million hectares of land in the tropics have been planted with oil palm — an area roughly the size of Cambodia. The authors concede that the environmental impact of oil palm expansion has been “disastrous,” particularly in Southeast Asia, where it has been to the detriment of tropical forests in one of the world’s most extraordinary reservoirs of biodiversity. In just a few decades, Indonesia has seen the conversion of more than 5 million hectares of primary forest and Malaysia more than 4 million hectares.

“The conversion of primary forest into mono-specific oil palm plantations is undoubtedly an ecological disaster,” Rival and Levang write.

But they also note that the plant itself bears no responsibility for this, and say it is time to move away from extreme positions demonizing or heaping praise on oil palm and instead to identify ways to ensure its production is sustainable.

The book does well to illustrate just what a remarkable plant oil palm is.

Though many associate oil palm with Malaysia and Indonesia, the species that accounts for most oil palm cultivation today, Elaeis guineensis, originated in the humid tropics in West and Central Africa. There, it is still greatly appreciated as a valuable multipurpose plant that provides palm oil; palm kernel oil; palm wine; heart of palm; and a range of materials for building or traditional crafts, including materials for thatching, fencing and strengthening earthen building materials, baskets, nets, ropes and brooms.

Palm oil is now the most widely consumed vegetable oil on Earth, accounting for more than a third of the world’s production. Average per capita global consumption of palm oil more than doubled from 11 kilograms (kg) in 1976 to 24.7 kg in 2009. Its popularity relies in part on its versatility — not just a frying oil, it is found in margarine, pastries, a very wide range of processed foods, cosmetics, soaps, lubricants, candles, pharmaceuticals, agrochemicals, paints and even electronics.

Beset by a growing chorus of anti-deforestation activism, the palm oil industry has argued that it makes no sense to boycott palm oil, as replacing palm with other oil-producing crops like soy or sunflower converts as much as eight times more forest area to produce them.

Rival and Levang deem these arguments misleading, noting that neither of those crops requires deforestation, and that there is potential in ecological intensification and also in certification schemes such as the Roundtable for Sustainable Palm Oil (RSPO).

Nor does palm oil production always need to involve agro-industry, they say. Almost half the palm oil produced today comes not from industrial plantations but from small farms; globally about 3 million smallholders are involved in the sector. In Indonesia, an estimated 25 million people live indirectly from oil palm cultivation. In West and Central Africa, palm oil is often produced in small village plantations of assorted tree crops.

Oil palm plantations, the authors contend, can be developed without destroying vast stretches of tropical forests. Development models for this include various agroforestry techniques, patchwork developments and ecological landscape planning.

The challenge, according to the authors, will be not to prevent expansion of the palm oil sector, but to encourage forms of development that seek to minimize the negative impacts on biodiversity and the well-being of local people.

Infographic: Land Management in Central Mexico – Why do we need Landscape Approaches to land management By the numbers: Disruptive Tech challenge for Aral Sea restoration 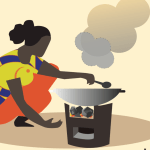 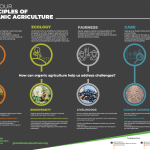