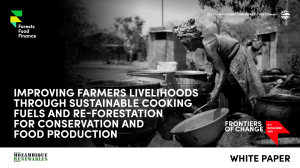 Since 1980, Mozambique has lost some 370,000 square kilometers of its forests – an area larger than the size of Germany. Much of the loss has been attributed to slash-and-burn agricultural practices, but charcoal making & wood cutting for cooking fuels have also played a part, together with logging. The image below shows the number of fires across Mozambique recorded by NASA satellite over a three-month rolling period to October 2021 (red being the longest duration fires and yellow the shortest). These fires are commonly the annual burning of land as farmers clear a new patch as part of the slash and burn cycle. The fires burn off long grasses in the Savana and in the process also damages trees, prevent natural regeneration of saplings, and inevitably get out of control from time to time. The annual burn is the process in which new land is made available for farming as the burn clears the land of weeds and pests. After farming this plot for a few years the farmers leave it to grow back and move onto a new site, repeating the cycle. An issue with this process is that it causes severe erosion to the soil as it is dried out by the burn. This leaves it more exposed to erosion from wind and rain. As the land is also left without any plant surface cover until the new crops become established it is further prone to erosion.

This white paper is part of a series presented at GLF Climate: Forests, Food, Finance – Frontiers of Change. In this set of 14 white papers, scientists, practitioners, business leaders, activists and innovators provide critical insights on how we can transform society towards carbon neutrality and harmony with nature. Read this paper and the rest of the series to learn more about the issues covered at GLF Climate, and register now to join the conversation live. 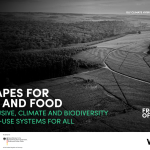 Landscapes for Forests and Food 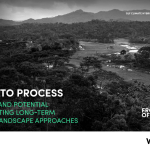 Project to process: The pitfalls and potential of implementing long-term integrated landscapes approaches 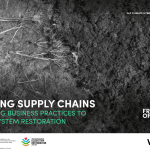